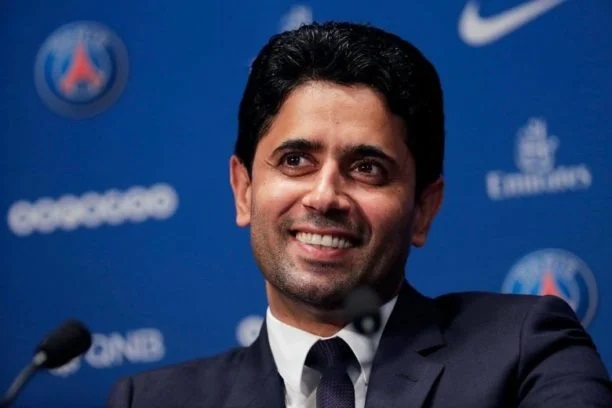 The icing on the cake arrived in May 2011, when sports covers from around the world opened with breaking news: the QIA, through Qatar Sports Investments, had bought 70 percent of the shares of Paris from Colony Capital Saint-Germain (PSG). Thus, Al Khelaifi became president and chief executive officer of a club whose showcases only had two French Leagues and one European Cup Winners up to that date as the most important trophies. The sale was around 50 million euros and the Qataris had to assume the debt of the club, close to 20 million euros.

The following year, Al Khelaifi and Qatar Sports Investments took the remaining 30 percent of the club’s shares and began to play their particular monopoly. Thanks to the QIA petrodollars, Al Khalaifi continued that world ‘cracks’ such as Beckham, Ibrahimovic or Cavani landed in the French capital to contest a domestic competition that has much less cache than the Spanish, Italian or English leagues.

“He is very ambitious, he likes challenges,” his most intimate circles say about the Qatari. They don’t seem to lie, of course. The club chained four championships followed by Ligue 1 and, in the summer of 2017, after his first year without the maximum French football title, Al Khelaifi broke the market with the media signing Neymar. But his dream is another: win the Champions League.

As a backdrop there is always Qatar

Doha, the capital of the country, is an obligatory destination of the PSG concentrations. “It gives an excellent image of Qatar, it is the capital of sport,” explains Khelaifi. We try to make those who come feel at home. This is how we are in Qatar ». He says it with a smile on his mouth, after becoming the most charismatic owner of the Gallic championship and being named ‘the most powerful man in French football’ by ‘L’Équipe’, the reference sports newspaper. You can visit https://www.goal.com/en-gb/news/who-is-the-psg-chairman-nasser-al-khelaifis-net-worth-qatar/1qceaqzo6n54t1wuvs1nt0xbg1 for a complete briefing about him.

Al Khelaifi and sport. Sport and Al Khelaifi. Two terms that lose their meaning if they navigate each one on their own. But combining both, in 2014 the Qatari founded beIN Media Group, a conglomerate originated in the shelter of Al Jazeera Sports. For those who do not ring it, it is a paid media and entertainment company that has 22 television channels, 17 of them in HD, that are broadcast to several countries, including Spain. It broadcasts in several languages ​​- including Spanish too and makes no exceptions: through the platform you can follow from the Champions League to the billiard world championship, going through virtually any sport modality. In short, to enjoy this type of events on the small screen you have to pass, yes or yes, per box. By your box.

Meanwhile, Al Khelaifi continues to accumulate charges as if they were noble titles. Thanks to his professional past and networking, he is also president of the Tennis, Squash and Badminton Federation of Qatar. And since November, already with the media outlets, and the perennial suspicion, shining directly on his face, he became the head of the Asian Tennis Federation (ATF). With this curriculum, it is not surprising that the Qatari is a member of the organizing committee of the World Cup in Qatar 2022. Actually, it does not fit in the head that it was not.

For everything around him, Al Khelaifi is regularly the center of the news. The general public is waiting for their next performance. He, meanwhile, smiles whenever he can, tries to improve his level of English and poses in Arab attire or in costumes, depending on the occasion. Because he is worth it.

16,000 million dollars is the fortune of Nasser Al Khelaifi, although ‘Forbes’ does not include it in its list of the richest for its relationship with the Qatari royal family. 170 million dollars is what Qatar Sports Investment paid to Barça between 2010 and 2017 for the promotion of Qatar Airways and Qatar Foundation.