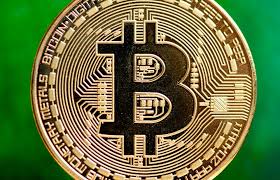 Few cryptocurrency investors were surprised to learn of Binance (BNB) being relisted on CoinFlip ATMs. TechBullion reported on the update in an article published on March 2, 2020. The author, Angela Scott-Briggs, interviewed CoinFlip’s CEO, Daniel Polotsky. He discussed how he started the company back in college.

The year was 2015. At this point, few outside of the tech industry had ever heard of Bitcoin. Options were limited for those that wanted to own the new digital currency. Daniel Polotsky knew that he could improve upon at least one distribution method; that being more user-friendly Bitcoin ATMs.

When you buy Bitcoin and other cryptocurrencies through an ATM is more secure than the average laptop transaction. In 2015, existing machines were not well thought out. The industry needed someone like Daniel Polotsky who understood the essentials of completing a Bitcoin transaction. He combined concepts of streamlined user experience with the most secure protocols available.

A primary method for securing cryptocurrencies is through a hardware wallet. This is made easy using CoinFlip ATMs. The machines are often the first encounter that new crypto owners will have. In terms of on-boarding new users, just the mere presence of CoinFlip ATMs does wonders to instill a sense of trust and awareness in the crypto market.

At the moment, there are about 600 installations of CoinFlip machines spread throughout 35 states. The company is made up of a bright, young and creative group of individuals. Under the leadership of Daniel Polotsky, CoinFlip acts to bring awareness to the cryptocurrency industry by presenting new users with peer-to-peer crypto trading. Its all-in-one UI substantially minimizes the technical aspects of completing secure Bitcoin transactions. New users can feel what it’s like to own money that is entirely under their control. Through private keys, crypto users have the final say in payment settlement.

This concept of payment settlement that only involves the parties in a transaction is an essential element of true blockchains. It is this same reason why BNB coin is an important addition to CoinFlip ATMs. Binance is one of the most trusted exchanges for trading cryptocurrencies. It has thrived when other exchanges hit hard times. Binance has demonstrated the best security, service, and functionality that the world of crypto has to offer. However, trust is not enough. At least not when it comes to cryptocurrencies.

Blockchains are about verifiable transactions. Users must be in complete control of their transactions, as well as the final payment record. BNB coin is designed to keep transaction power distributed to users. Having its own coin means that Binance can help the world transition from the centralized ledger systems that often plagued monetary systems. Concepts like programmable money, as well as user validated transactions, are the future. BNB coin currently acts as a standardization for the coins listed on the Binance exchange.

In addition to BNB, the other currencies traded at CoinFlip ATMs are: